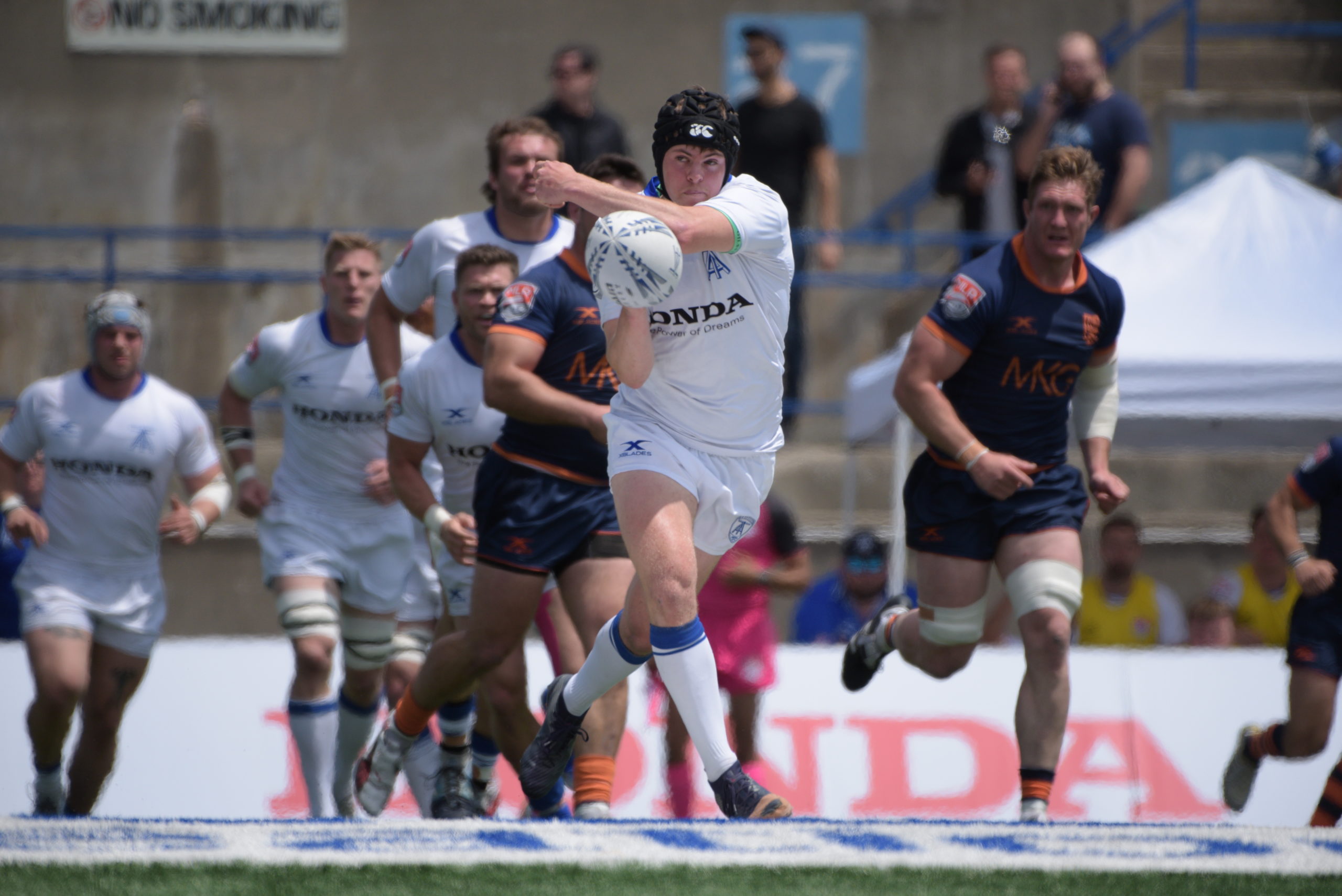 TORONTO, ON – The Toronto Arrows have secured their spot in the 2019 Major League Rugby Championship Series.

The expansion club ended its regular season with a thrilling 22-20 victory over Rugby United New York on Sunday afternoon, capping off the match with a late penalty goal from Sam Malcolm to earn the win – their seventh victory in a row – as well as an all-important post-season berth.

The visitors were the first side on the board in the back-and-forth affair, with Mike St. Claire finding a gap and sprinting in to open the match scoring in the 6th minute.

Toronto quickly answered back, responding through rapid-fire tries from Dan Moor and Spencer Jones. After beating one tackler and fighting off another, Leandro Leivas did well to spring Moor for a piercing try into the corner at the 15-minute mark. The captain’s scoring play was followed up just minutes later through Jones, who received a pinpoint long-distance flat pass from Jamie Mackenzie to dot down underneath the uprights. Malcolm added the extras after Jones’ tally to put the Arrows ahead 12-7, and the scoreline would hold heading into the interval.

New York began the second half much like the first, scoring another quick try through John Quill to regain the lead. Cathal Marsh then struck two penalty goals before the hydration break to build an eight-point gap between the two sides, leaving the hosts with a two-score deficit to overcome entering the final stages of the match.

Andrew Ferguson clawed back a try in the 65th minute, taking a quick tap and catching New York’s defensive line off-guard as he snuck into the in-goal area. Malcolm’s conversion brought Toronto to within one point of New York, setting up a heart-pounding end to the season finale.

With momentum now swinging back in the Arrows’ favour and Toronto’s defensive ranks holding firm, a creative grubber kick from Pat Parfrey was plucked up by Moor, who promptly marshalled his side back down the pitch. A club record crowd of 3,218 were out their seats as Toronto continued probing deep into the match, and were eventually rewarded in the 77th minute: Malcolm, with his team’s playoff ambitions on the line, calmly received a pass from Ferguson and booted a drop goal through the posts, marking the first drop goal scored in club history.

Toronto gobbled up the ball following the restart, and sealed the victory by cooly controlling play while the final 90 seconds of the match ticked down.

“Earning a spot in the MLR Championship Series in our first season in the league is a milestone that will be enjoyed by the full team,” said Arrows Director of Rugby Chris Silverthorn. “All 40 members of our roster have had a hand in getting us to this point, as well as our coaches, team staff, and also our supporters, who have given us big boosts all season long. All the hard work put in behind the scenes makes this achievement that much sweeter, and we’ll continue pushing as far as we can.”

The victory sees Toronto finish their inaugural season with a record of 11-5-0, amassing 57 points to secure the third spot in the MLR standings. Since the Arrows began their eight-game homestand on April 7, they took 35 of a possible 40 points to close our their season.

New York’s bonus-point loss dropped its record to 11-5-0, but it was enough to earn a fourth-place finish for the east-coast club.

“Matching the league record with seven wins in a row is a great feather in our caps to end the regular season, but we had to put in seven quality performances in order to reach the next level – it’s been do-or-die for two months, and we weren’t going to roll over,” added Silverthorn. “We’re going to stay hungry heading into the post-season, and we certainly won’t be resting on any laurels. We’ve made it to the Championship Series, but now it’s time to focus on the next job against Seattle.”

The opening round of the MLR Championship Series will be played next weekend (June 8-9).

Match details will be announced in the next 24 hours.